MILWAUKEE — After being diagnosed with just three months to live, a Milwaukee man is beat the odds. He’s used holistic health and fitness to help him fight cancer.

“After you go through such a traumatic experience, you have to build yourself back up,” said Williams. “The only way you’re going to do that is by getting in the gym, taking care of fitness and building your body back up.”

After his diagnosis in 2018, Williams and his wife, Danirees Williams, decided to turn down traditional medicine.

They did their own research and with the support of their oncologist, they went on an all-natural journey to healing.

Williams said her interest in natural healing grew after her own health experience with IBS (Irritable Bowel Syndrome). She said within six months she saw dramatic changes in her health by just changing her diet.

Her own progress inspired her to encourage her husband to embark on a similar journey. She said her husband’s diagnosis took her desire for natural healing to a much higher level.

She said Williams had a resilient spirit from the start and she was ready to fight this battle alongside him.

“You can give a person all the nutrition in the world,” said Williams. “If they’re not ready to accept, then it won’t work. He was ready to fight.”

Williams said doctors told him this cancer is so rare that so far, there is no record of anyone surviving it. 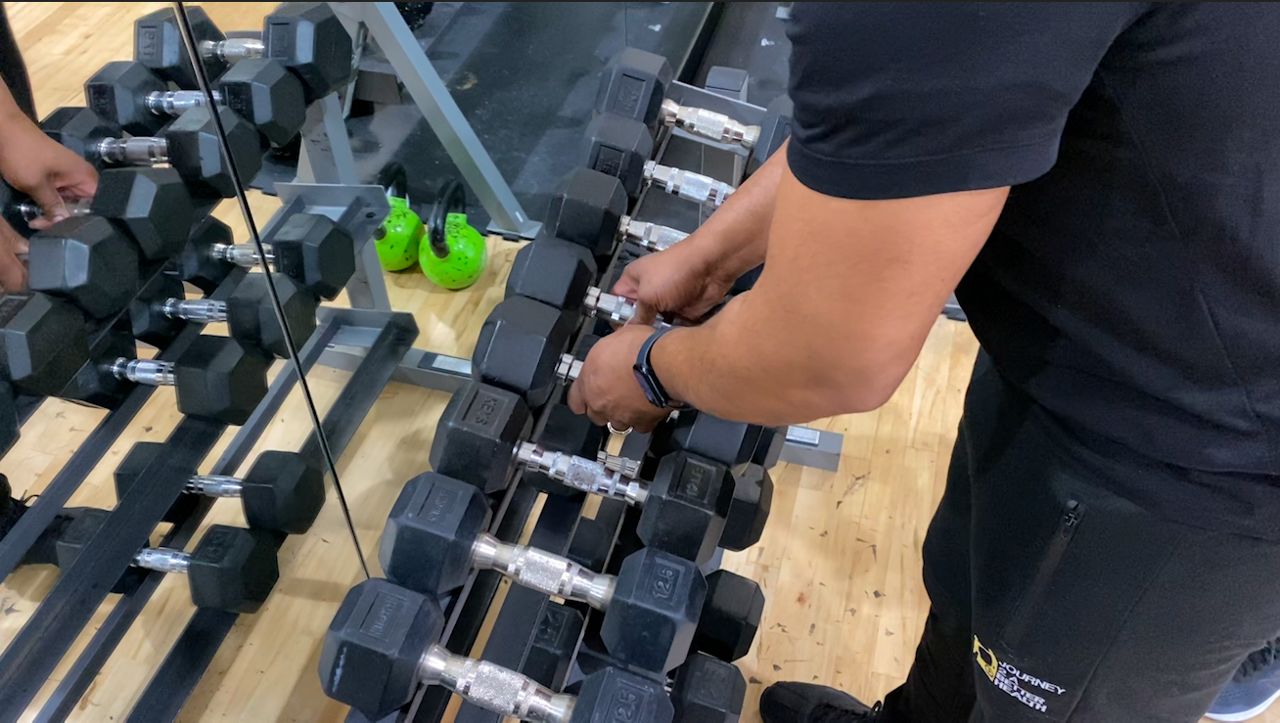 “The doctors told me that they wanted me to just go into hospice and prepare to exit,” he said.

Against all odds, Williams is still here today and wants to inspire others on their own health journeys.

This cancer journey inspired them to start a non-profit called Journey 2 a Better Health.

They are now both certified nutritionists and want others to learn about the benefits of holistic nutrition and exercise.

Williams said while this has been his specific journey, he encourages others on their healing journey to do what’s best for them and consult their doctors before deciding how to move forward.

“After doing our research, we found out that you can reduce sickness by putting the right nutrients into your body,” he said. “We found it to be true on our journey.”

Williams calls himself a walking miracle.

As he continues his healing journey, he said the only thing left to do is to keep living.

“You can fight and you can win,” he said. “I’m living witness of someone who won after being told they had no hope.”

During a disaster, it’s critical to avoid spreading false information.

We launched a "Common Disaster-Related Rumors" page to help protect survivors of #Ian & ensure you have correct information to help with recovery.

Feeling anxious, isolated, overwhelmed & other distress is common before, during, after disasters. The national @Distressline 1-800-985-5990 offers 24/7 emotional support including in Spanish, ASL, & other multilingual options. Learn more @ http://bit.ly/2VSc4sb #Ian #Florida

If you're taking #HIV medication, ask your health care provider if you can get a 30-day (or longer) emergency prescription refill to avoid interruptions in your treatment.

Everyone should have a plan for what to do during a #hurricane, wildfire, or other emergencies. For people with #HIV, it’s especially important to be prepared. Stay safe, and learn more about emergency preparedness from @HIVGov: https://fal.cn/3sjoj

Be aware of yours and others’ risk for heat stroke, heat exhaustion, heat cramps and fainting. If it’s hot, move to a cooler place, take sips of clean water, and take cool showers if authorities say the water is safe for bathing. For more tips, visit https://bit.ly/2SBrtgj

American aid to Ukraine about to hit $65 billion – NaturalNews.com

Carbon dioxide levels have nothing to do with global temperatures, top scientist says – NaturalNews.com