A few West Side residents added something fast and furious to their Monday evening routine on this week: a cardio kickboxing class.

The 20 adults are among those taking part in an eight-week health and fitness challenge starting this week in Garfield Park.

The full program costs $5 for all weight weeks, and all 20 slots already have been filled.

At the start, those 20 people had several health indicators measured, including blood pressure, blood glucose levels and body circumference.

At the end, they will check their progress — though Rivers added it wasn’t a “biggest loser” challenge.

“It’s about healthy living, and that looks different for everybody,” she said.

Instructor Seobia Rivers leads participants in a cardio kickboxing class at the Garfield Fieldhouse for an eight-week health and fitness challenge on the West Side.

Organizers hope to buck some health trends on the West Side; adults in both East and West Garfield Park experience some of the highest rates of physical inactivity compared to anywhere else in the city, according to the Chicago Health Atlas.

“The main thing about this challenge is, it’s all about Garfield Park and Chicago residents figuring out a way to live healthy lifestyles for them,” said Seobia Rivers, the woman running the program.

Even those not able to take part in the full program can still participate; the fitness classes are open to the public, and free, though donations to Rite to Wellness are accepted. Classes are held Mondays and Wednesdays at 6:30 p.m. through November 16 at the Garfield Fieldhouse, 100 N. Central Park Ave.

The cooking classes will be held at the Hatchery in Garfield Park and therapy sessions via Zoom. 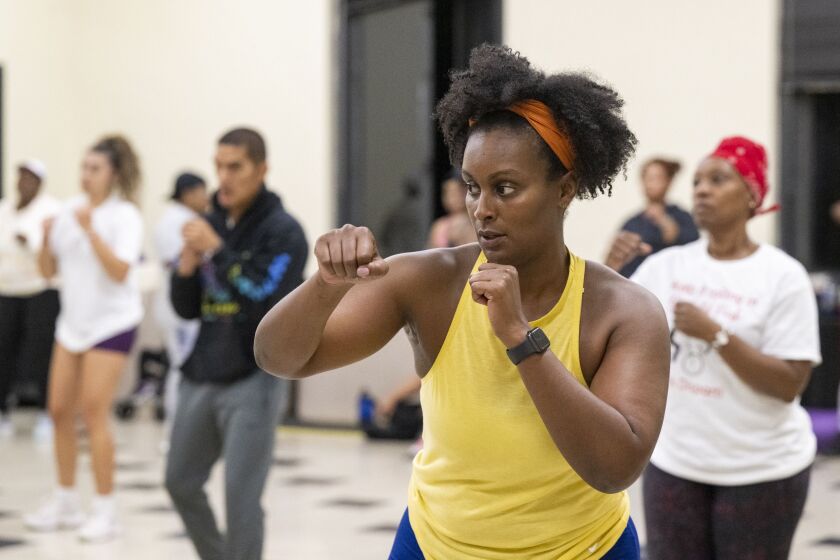 Participants in an eight-week health and fitness challenge take part in a cardio kickboxing class at the Garfield Fieldhouse.

Graham, a West Side native, said many in the community have long had to go to the North Side or Near West Side to take those kinds of classes. When she was getting certified, she couldn’t find any courses close to home.

“For me, born and raised in West Garfield Park, I’ve never known anything specifically geared toward the health and wellness of the community like this.”

Michael Loria is a staff reporter at the Chicago Sun-Times via Report for America, a not-for-profit journalism program that aims to bolster the paper’s coverage of communities on the South and West sides. 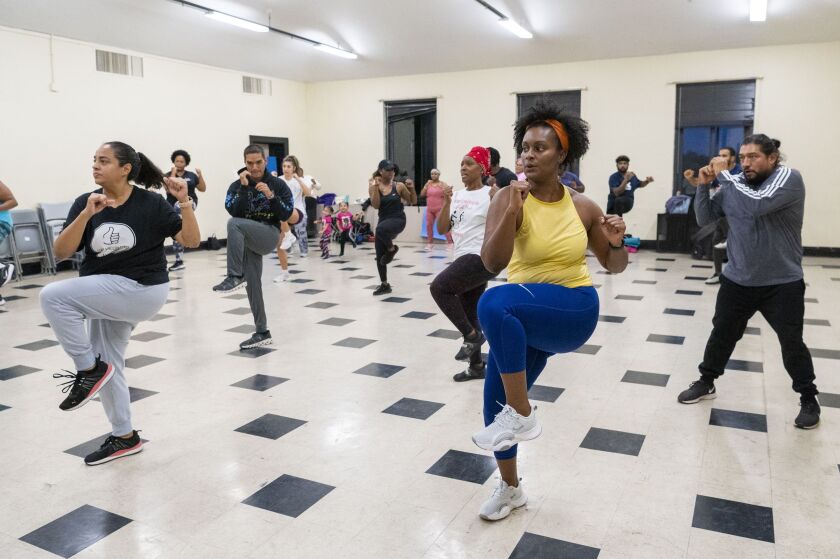 A cardio kickboxing class at the Garfield Fieldhouse helped kick off an eight-week health and fitness challenge on the West Side. The challenge is organized by the Garfield Park Community Council.

We are celebrating #BlackHistoryMonth and all of the contributions and achievements made to achieve #healthequity. Learn more about minority health and health equity. https://www.cdc.gov/minorityhealth/index.html

Recent evidence shows some people can spread #mpox virus from 1-4 days before symptoms appear. Vaccination can help protect people from mpox if they have close contact with someone who has mpox but does not have symptoms. Read the latest CDC Science Brief. https://bit.ly/3YeLOVe

Flu can be serious. In Madi’s case, she was hospitalized for 93 days. Ten years later, she lost half of her lung due to that initial infection. Madi has gone on to live a healthy life and shares her story so others can avoid the worst of #flu by getting a yearly flu vaccine.

Be safe if the power goes out during a #winter storm.
✔️ Use generators safely to prevent carbon monoxide (CO) poisoning.
✔️ Have a battery-powered or battery backup CO detector in your home.
✔️ Use flashlights rather than candles.

#AntimicrobialResistance is a #OneHealth issue that threatens human and animal health. Resistant germs can spread between people, animals, and our environment. Learn more: https://bit.ly/3w2mO7S

Women Have Been Misled About Menopause

Adult drug use rose during pandemic, but dropped dramatically in youth, study says