More than two years after instituting policies to keep more nonviolent offenders out of jail to reduce populations during the pandemic, California’s biggest metropolitan areas are making a U-turn in the midst of rising crime.

Such pandemic-era policies were separate from broader criminal justice reform moves over the past few years that have included laws limiting the use of bail and new approaches by district attorneys who won office on platforms de-emphasizing incarceration.

San Jose Mayor Sam Liccardo, who said the pandemic jail policies led to people being arrested and then released without bail repeatedly, participated in a news conference in January.

Those were driven by advocates and lawmakers who said that harsh prison sentences did little to reduce crime and that bail was unfair for people too poor to pay it.

The policies instituted at the start of the pandemic, meanwhile, were public-health measures meant to quickly depopulate jails, which were home to numerous outbreaks of the then-new coronavirus. The U.S. jail population plunged 25% in 2020 from mid-2019, to about 550,000, its lowest level in nearly a decade, according to federal data.

California made such policies optional in mid-2020, a few months after instituting them that spring. But counties that are home to some of the state’s biggest cities kept the policies in place until this summer, after increases in crime sparked public calls for a tougher approach. In San Jose, Mayor

said the pandemic jail policies were among the reasons that 43 people were arrested and then released without bail on at least 10 separate occasions between January 2020 and April 2022. Officials of Santa Clara County, which includes San Jose, have disputed his claims.

“The zero-bail experiment largely failed,” said Mr. Liccardo, a Democrat. “There is a compelling reason to rethink cash bail to ensure it does not perpetuate the racial and economic inequities inherent in the criminal justice system, but we have seen too many violent and repeat offenders put out into our community without sufficient supervision, drug treatment or constraints.”

Nationwide, jail populations have risen but were 15% below their prepandemic levels as of the end of 2021, according to the Prison Policy Initiative, a nonprofit that advocates for reducing prison populations.

Homicide rates have increased nationwide over the past two years, but have edged down in the first half of 2022, according to the Major Cities Chiefs Association. 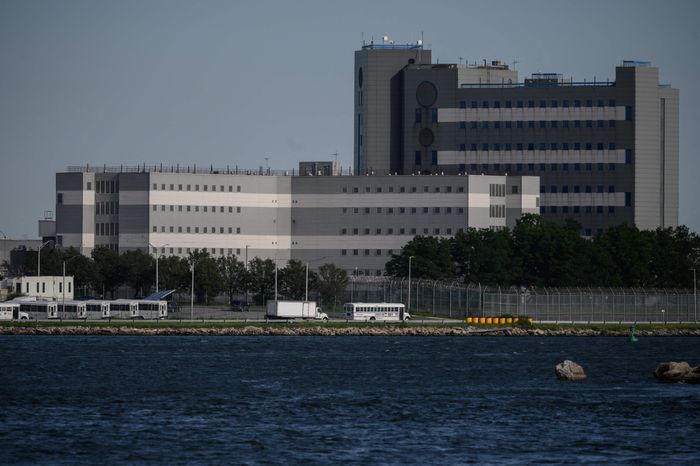 That has put district attorneys known as progressive prosecutors, in cities including Los Angeles, Chicago and Philadelphia, on the defensive. Former San Francisco District Attorney

was recalled in June by voters angry over rising crime.

New York City Mayor Eric Adams wants the state to do more and has been drawing attention to examples of suspects who were released and went on to commit other crimes.

“Time and again our police officers are making arrests, and then the person who is arrested for assault, felonious assault, robberies, gun possession, they’re finding themselves back on the street,” Mr. Adams said at a press briefing earlier this month.

A personal, guided tour to the best scoops and stories every day in The Wall Street Journal.

Earlier this year, New York state lawmakers allowed judges to set bail for a greater number of offenses and make it easier to hold repeat offenders pending trial, partially reversing a 2019 law that ended cash bail for most misdemeanors and nonviolent felonies.

Some criminologists have said anecdotes aren’t evidence that bail policies are behind the nationwide rise in homicides. In a study of changes to the bail system in Cook County, Ill., which includes Chicago, researchers from Loyola University found a new policy reducing the use of cash bail didn’t lead to an increase in the percentage of those released who were later charged with a new violent crime. It remained at 3%.

“If the rationale for moving back from bail reform is to reduce crime, I don’t think there’s much evidence to justify that approach,” said Richard Rosenfeld, a professor emeritus at the University of Missouri-St. Louis, who studies homicide trends in the U.S.

Write to Zusha Elinson at zusha.elinson@wsj.com

It is safe to get your flu and #COVID19 updated booster vaccines at the same time. You can find a vaccination location near you for both shots at http://vaccines.gov

New @CDCMMWR: Rate of #mpox was 10 times as high in unvaccinated men as it was in men who received both JYNNEOS doses. People eligible for mpox vaccination should receive the complete 2-dose series for best protection. Learn more: https://bit.ly/mm7149a5

New @CDCMMWR finds the safety profile of the JYNNEOS #mpox vaccine was consistent with what was seen in clinical trials before the vaccine was licensed and support the safety of vaccine. More: https://bit.ly/mm7149a4